The importance of transformative UX and UI in AdviceTech

We are the UK's first fully-regulated online adviser scaling up automated financial advice across the industry. 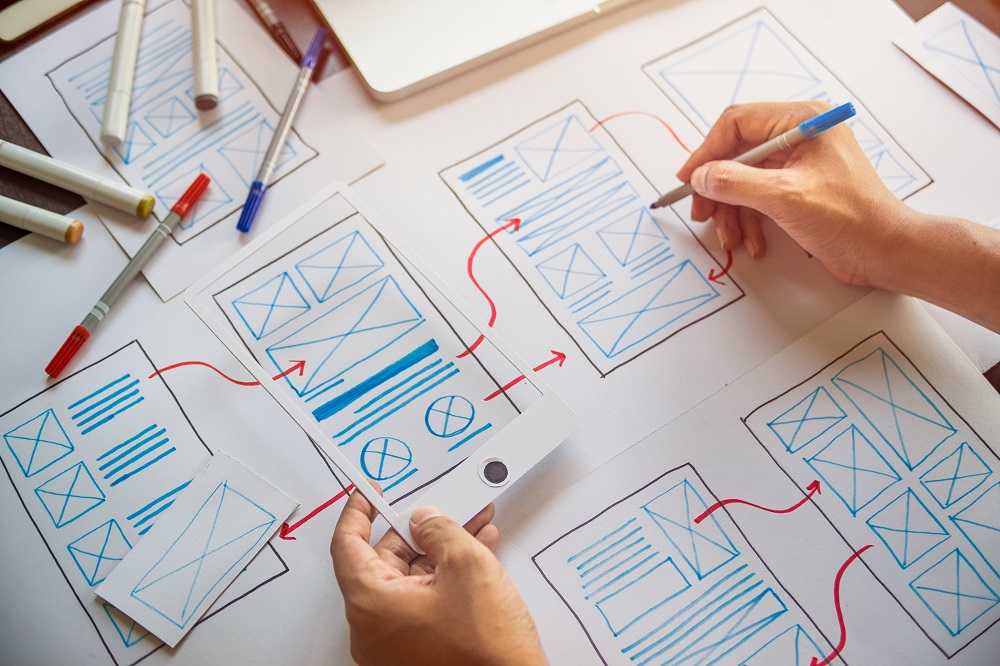 Turo blog
Designing a seamless user experience with an up-to-date user interface creates a recipe for AdviceTech success. Pete Ridlington, Product Director at Wealth Wizards discusses how to get it right, learning lessons from the consumer giants.

As Steve Jobs once said, “Design is not just what it looks like and feels like. Design is how it works”. Clearly, Jobs understood how to make design work for Apple; in 2018, the company became the first to reach amarket valuation of $1 trillion – powered by phenomenally successful products that ‘just worked’.

While that may seem a rather lofty ambition for all those without Dr Evil levels of cunning, a compelling case can be made for forward-thinking AdviceTech firms that have a laser-beam-focus on their own UX and UI.

In a recent study, digital product design platform InVision worked with more than 2,000 global businesses and revealed that design-centric companies outperformed the competition on product satisfaction, usage, retention, revenue and a whole host of other metrics. Investing in UX and UI pays.

Over the years, in my experience,UX and UI is about one thing: making users happy. The happier a user is, the more loyal they become. The more loyal they become, the higher your retention,and so on, until your customer reaches the holy grail of brand advocate; it’sat this stage where they recommend you to everyone and their dog.

But reaching business nirvana,especially when it comes to delivering standout UX and UI, is no mean feat.Helping you put the right foot forward, the following steps should go some way in helping you create your own UX path to perfection.

While seemingly obvious, having an in-depth understanding of your audiences’ needs is paramount when thinking about improving your UX and UI.

In the home of virtually everyone I know, Netflix is a great example of a consumer tech product that nails this.Through the use of clever algorithms reviewing past viewing choices, they’re able to pinpoint what content their consumers want to watch down to a tee. Rom yand Michele’s High School Reunion? How did that get there?

With respect to AdviceTech and taking our own triage tool as an example, the audience is very different. Aimed primarily at financial advisers, arguably experts that live and breathe finance, we need to move beyond wider industry trends for a simple UI that just does one thing well. Our audience has a high level of understanding so the information we present needs to be much denser, going way beyond curated lists.

Understanding your audience’s journey is also vital. After initial fact-finding stages, financial advisers need to be able to able to present their findings to the non-experts in a palatable way. Turo for Advisers does this with user-friendly charts that can be tweaked based on a client’s needs or understanding, increasing collaboration between the two audiences.

Lots of products have succeeded by giving users what they expect and not by reinventing the wheel. If you think about it, users spend 99% of their time using other people's products, so they expect your product to work like everyone else's. Inventing a whole new UI is counter-productive because it forces users to learn a new thing.

A good example is dating app Tinder, whose ‘swipe to like’ UX has now been adopted by countless other apps within news, fashion and even job hunting industries. If you were to adopt this UI, going against the grain and making people swipe left instead of right to make a selection would be counter-intuitive.

In terms of UX, keep an eye on what’s hot in the industry. We recently introduced Single Sign-On (SSO) features for financial advisers, making it much quicker for them to log in. A great update, but by no means did we invent the technology!

Next up is continual testing of your product’s UX and UI. Unless you magically get it right the first time, the only way to build a new product that works is by relentlessly testing it with real users and iterating with small improvements.

Quite early on in our testing, we found that users didn't like empty input fields – it was too overwhelming. We found that by allowing users to choose between some pre-set options, we could improve the speed at which they progressed through the products and reduce errors too.

Rest on your laurels and in no time you’ll have a product that’s no longer intuitive and starts to turn away from your vision. As Salvador Dali once said, “Have no fear of perfection – you’ll never reach it.“

Wealth Wizards: bringer of joy to tech implementation in the advice sector

The importance of technological ecosystems in financial advice

Just like a rainforest - financial advice is a balanced ecosystem